Excluding the Great Recession, a study of 1,039 state-level recessions since 1997 found that home values appreciated at the same rate they did in other times.

NEW YORK – Other than the housing-led Great Recession of the late 2000s, home values have typically continued to grow through national and statewide recessions over the past quarter-century, according to a new analysis.

The U.S. reached its longest-ever economic expansion this summer, though growth is slowing. A recent survey sponsored by Zillow and conducted by Pulsenomics LLC found that a panel of housing experts and economists most often expect the next recession to begin in Q3 2020. Demand for homes is expected to cool during the next recession, but few believe a housing slowdown will be a significant factor in causing it.

Analysis of past recessions

As some market observers predict a recession on the horizon, an analysis of recessions from the recent past shows that they often have a limited effect on the housing market. In the past 23 years, there have been two national recessions – the dot-com crash from March to November 2001 and the Great Recession from December 2007 to June 2009 – and several statewide or regional recessions.

Home values broadly fell across the country during the Great Recession, but in most other cases annual home value growth remained positive.

Excluding the Great Recession, there have been 1,039 instances since 1997 of states being in a recession during a given month. Annual home value appreciation was positive 81% of the time in these months – an identical rate to months in which states were in economic expansion. Appreciation averaged 4.6% during economic growth and 4% during recessions. This indicates that while recessions do have an impact on the housing market, the widespread collapse of home values during the Great Recession is an outlier.

“The housing crash during the Great Recession left a lasting impression on our collective memory,” said Zillow Economist Jeff Tucker. “But as we look ahead to the next recession, it’s important to recognize how unusual the conditions were that caused the last one, and what’s different about the housing market today. Rather than abundant homes, we have a shortage of new home supply. Rather than risky borrowers taking on adjustable-rate mortgages, we have buyers with sterling credit scores taking out predictable 30-year fixed-rate mortgages. The housing market is simply much less risky than it was 15 years ago, and our experience in recent localized recessions shows how home prices can weather normal economic headwinds.”

As an example, several states with large energy sectors – Alaska, Louisiana, North Dakota, Oklahoma and Wyoming – experienced local recessions starting in 2015 when oil prices fell dramatically. Home value growth was positive year-over-year across all five states and only Alaska turned negative month-over-month during this time period – the largest monthly loss in value for the median home in Alaska was $700.

Nationwide, annual home value growth averaged 4.3% during these recession months compared to 5.2% average growth during months of economic expansion in 2015 and 2016. 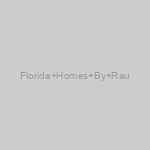 How Consumers Will Benefit From Latest Fed Rate Cut

Owning a home is a keystone of wealth… both financial affluence and emotional security.