How Consumers Will Benefit From Latest Fed Rate Cut

The Federal Reserve lowered its benchmark interest rate by another quarter of a percentage point on Wednesday to a range of 1.75% to 2%, citing concerns over a global economic slowdown. Mortgage rates aren’t directly tied to the Fed’s interest rate, but they do tend to be influenced by them.

Following its meeting, the Fed signalled that another rate cut is likely before the end of the year. It cited “uncertainties” about the economic outlook and vowed to “act as appropriate to sustain the expansion.”

“For consumers, mortgage rates may decline, or may not, since the global bond market influences the longer-term interest rates,” says Lawrence Yun, chief economist at the National Association of REALTORS®. “Rising government deficit and debt levels imply some upward pressure on bond yields. However, a softening economy and slack in aggregate demand point to a downward nudge to bond yields. Various competing forces are at work. One thing is clear: Mortgage rates currently are essentially at their lowest mark in modern history.”

“I don’t expect that the Fed rate cut will have much of an effect on fixed rates, but it may help support lower rates on ARMs,” says Lee E. Ohanian, professor of economics and director of the Ettinger Family Program in Macroeconomic Research at UCLA. “The 10- and 30-year Treasury rates are still extremely low, even after moving up a bit from last week and those low rates will support relatively low fixed mortgage rates.”

The trend in mortgage rates right now is being driven primarily by the impact of trade policy and global economic pessimism on long-term treasuries, notes Ruben Gonzalez, chief economist at Keller Williams. “Recently, we have seen some stabilization of treasuries, and mortgage rates have risen slightly,” Gonzalez said in a statement. “However, without some genuine resolution to geopolitical tensions around trade, mortgage rates are likely to remain low for the remainder of the year.”

Some economists—as well as President Donald Trump–were expecting the Fed to take a bolder stance on Wednesday and cut rates much more to stave off a possible recession.

“It would have been better to get the economy going right away” with a greater cut at this week’s meeting of half a percentage point instead of just another quarter percentage point, says Yun. “The indication of another rate cut in a few months will simply hold back some consumer and business decisions until then,” Yun says.

Following its meeting, the Fed said that the U.S. economy is in “strong shape and unemployment remains low.” “If the economy does turn down, a more extensive series of rate cuts could be warranted,” Fed Chairman Jerome Powell said at a news conference following the Fed’s meeting. 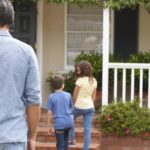