WASHINGTON, DC – July 7, 2020 – The Fannie Mae (FNMA/OTCQB) Home Purchase Sentiment Index® (HPSI) increased 9.0 points in June to 76.5, building further on the prior month’s advance after approaching a survey low in April. Four of the six HPSI components increased month over month, with consumers reporting a significantly more positive view of homebuying and home-selling conditions, as well as greater optimism regarding home price appreciation. Year over year, the HPSI is down 15.0 points.

“A second month of improvement in June allowed the HPSI to regain some of the sharp losses in optimism observed in March and April,” said Doug Duncan, Senior Vice President and Chief Economist. “The share of renters who say it’s a good time to buy a home is now at its highest level in five years, suggesting favorable conditions for first-time homebuying, consistent with the recent rebound in home purchase activity. Homeowners seem to have taken note of the resulting lack of housing supply, with an increased share saying it’s a good time to sell a home. However, this activity may cool again in the coming months, depending on the extent to which it can be attributed to consumers having chosen to delay or to accelerate homebuying plans due to the pandemic. Survey respondents’ persistent, substantially elevated concerns about job security in the face of record unemployment remains a key takeaway, particularly among renters and homeowners with a mortgage. We believe the continuing uncertainty regarding the coronavirus’ containment suggests an uneven and potentially volatile course toward economic recovery.”

About Fannie Mae’s Home Purchase Sentiment Index
The Home Purchase Sentiment Index (HPSI) distills information about consumers’ home purchase sentiment from Fannie Mae’s National Housing Survey® (NHS) into a single number. The HPSI reflects consumers’ current views and forward-looking expectations of housing market conditions and complements existing data sources to inform housing-related analysis and decision making. The HPSI is constructed from answers to six NHS questions that solicit consumers’ evaluations of housing market conditions and address topics that are related to their home purchase decisions. The questions ask consumers whether they think that it is a good or bad time to buy or to sell a house, what direction they expect home prices and mortgage interest rates to move, how concerned they are about losing their jobs, and whether their incomes are higher than they were a year earlier.

About Fannie Mae’s National Housing Survey
The most detailed consumer attitudinal survey of its kind, Fannie Mae’s National Housing Survey (NHS) polled approximately 1,000 respondents via live telephone interview to assess their attitudes toward owning and renting a home, home and rental price changes, homeownership distress, the economy, household finances, and overall consumer confidence. Homeowners and renters are asked more than 100 questions used to track attitudinal shifts, six of which are used to construct the HPSI (findings are compared with the same survey conducted monthly beginning June 2010). As cell phones have become common and many households no longer have landline phones, the NHS contacts 70 percent of respondents via their cell phones (as of January 2018). For more information, please see the Technical Notes. Fannie Mae conducts this survey and shares monthly and quarterly results so that we may help industry partners and market participants target our collective efforts to support the housing market. The June 2020 National Housing Survey was conducted between June 1, 2020 and June 21, 2020. Most of the data collection occurred during the first two weeks of this period. Interviews were conducted by PSB, in coordination with Fannie Mae.

Detailed HPSI & NHS Findings
For detailed findings from the June 2020 Home Purchase Sentiment Index and National Housing Survey, as well as a brief HPSI overview and detailed white paper, technical notes on the NHS methodology, and questions asked of respondents associated with each monthly indicator, please visit the Surveys page on fanniemae.com. Also available on the site are in-depth special topic studies, which provide a detailed assessment of combined data results from three monthly studies of NHS results. 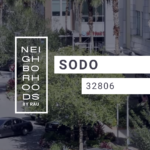