Posted in Neighborhoods By Rau, Orlando On May 3, 2021

𝗡𝗲𝗶𝗴𝗵𝗯𝗼𝗿𝗵𝗼𝗼𝗱𝘀 𝗕𝘆 𝗥𝗮𝘂 is an informational reel video series about Orlando neighborhoods and surrounding areas. Today we’re starting it off with somewhere we are very familiar with, our own current neighborhood 𝗦𝗼𝗗𝗼! 🏙🍊

Here are a couple of interesting facts about SoDo:💡

One of SoDo’s longest tenants is Orlando Health. Founded in 1918 as Orange General Hospital, at the end of World War I, Orlando Health was a 50-bed, un-airconditioned hospital supported financially by community members and a dedicated group of doctors. 🏥👨🏽‍⚕️

The SunRail / Amtrak station located in SoDo has been around since 1927. Originally called the Atlantic Coastline Station, it was built in the 1920s as an effort to increase tourism to the area. 🛤🚊 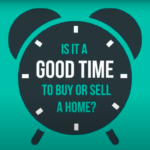