Millennials who put off homeownership may be severely curtailing their ability to build wealth over their lifetimes, warns a new report from the Urban Institute.

NOT owning an Orlando-Area Home HURTS  a person’s Financial Health…the longer you wait, the bigger the loss!

Buying a home at an early age offers a “big bang for their housing buck,” concludes the report’s authors.

Researchers tracked individuals since 1968 to identify how homeownership has affected their finances. Of those who reached age 60 between 2003 and 2015, the group that first purchased a home between the ages of 25 and 34 had a median housing wealth of $150,000. However, those who waited until age 35 to 44 to buy their first home had $72,000 less. Individuals who didn’t become first-time homebuyers until 45 or older had at least $100,000 less, according to the study.

However, those who bought their first home between 25 and 34 seemed to make the most Long-Term money. The youngest buyer group studied – those that purchased the first home before the age of 25 – had $130,000 median equity, according to the study. Researchers said they likely didn’t have the most equity due to their younger age, lower incomes and less education at that point in their lives.

Still, even the pre-25-year-old buyers had more home equity by age 60 than adults who waited until they were 35 to become first-time buyers.

The differences in housing wealth among the age groups is due to home appreciation and paying down their mortgage debt, the researchers note.

While the study shows how Homeownership benefits adults over time, the timeframe focuses on an era when Americans tended to buy more homes at younger ages. Half of the older adults in the study’s sample bought their first home between ages 25 and 34, and 27 percent purchased their first home before age 25.

The delay in homeownership for millennials could have long-term economic consequences. For most people, home equity is usually the largest single source of personal wealth.

“While people make the choice, to own or rent, that suits them at a given point, maybe more young adults should take into account the long-term consequences of renting when homeownership is an option,” the researchers say in the report. 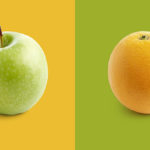